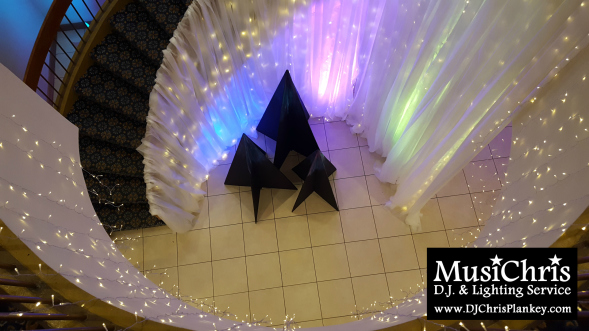 Promgoers first encountered the Northern Lights Theme as they made their way up the Grand Staircase. The client devoted most of their decorating time working here. They draped their own fabric and hung string lights. From me, they requested that I backlight the fabric with some uplighting. This served as their themed backdrop for photos. 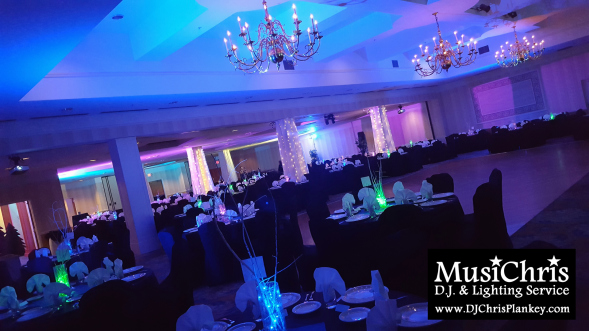 With a prom theme like "Northern Lights" there's only so much DIY a committee can do. Hiring a professional lightscaper just makes sense. Broad, vivid color washes were where I began, with a goal of covering as much of the event spaces as possible. 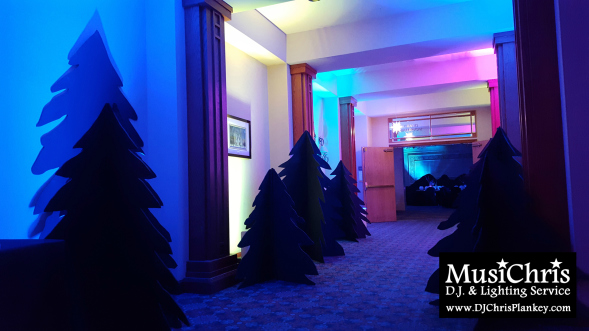 The main hallway leading to the Grand Ballroom featured many of the props the committee brought in. A veritable forest of large heavy "trees" gave me a lot of dark corners to accent with colorful uplighting. 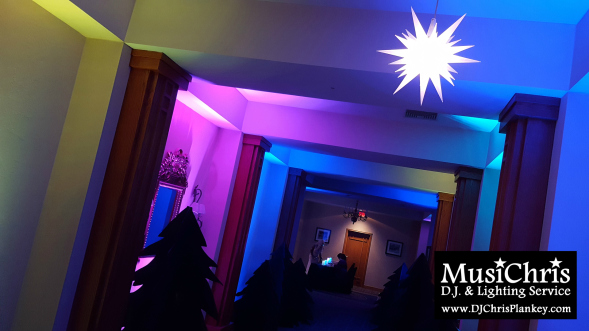 The client had hoped to hang this cool, 3D, light up Northern Star themselves but it requires power from an outlet so I found it just laying around and asked them what their plan was. We agreed where it would look best, and I happily grabbed my ladder and bag of tricks and made it happen. 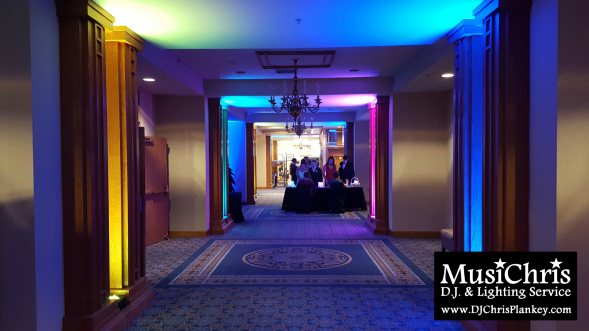 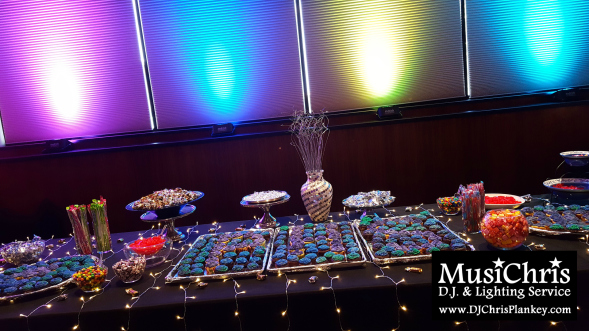 The same vibrant palette of uplighitng made a huge difference in the dessert room. 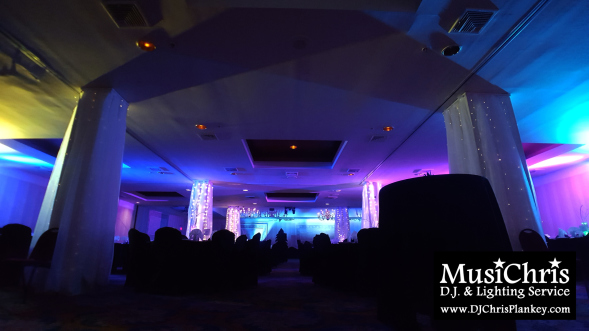 In the true spirit of the Northern Lights, vivid color washes were splashed across the ceiling of the largest event space. 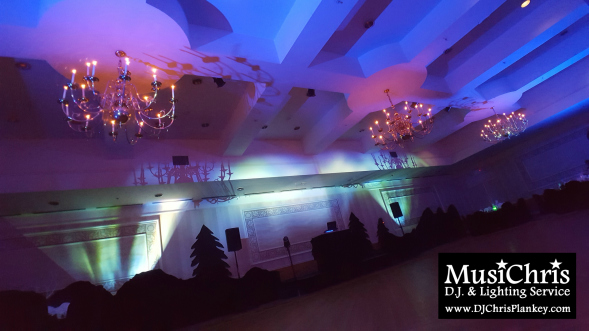 The client worked hard on these expansive mountain range and evergreen silhouettes, so it made sense for me to center my lighting design around their placement. Animated custom monograms were used to replicate the northern lights, first behind each of the mountain ranges flanking the stage, then again on a broader scale covering what was left of the back wall over and behind the stage. These animated effects aren't done justice in a photograph, but you can see them in action in the video below. These were the real showstopper at this event!