Intro Music for your Wedding Party

While it's not required that you do so, you may specify what music plays while your wedding party is introduced. Below are some examples of what I've used in the past. None were suggested by me but requested by past brides and grooms and their wedding party members.

The examples you'll hear below have been mixed specifically for use during introductions. Most of the lyrics and verses have been cut, leaving only the most recognizable parts of the song (the "hook" which is what got the song picked in the first place). In the instance where a song is used to intro only a single couple in the bridal party it is important that the song edit is short and sweet and cuts right to the chase. In other instances the best parts of a song are cut, spliced, and looped in order to introduce large bridal parties without the mix ending (you'll hear some like this). You'll hear some cut off abrumptly at the end of the custom mix (I'd never let that happen at your event; I was done introducing long before the song ran out and then it's on to the next one).

Well you get the idea, the mixes are made according to how we'll use them. I hope you enjoy them. 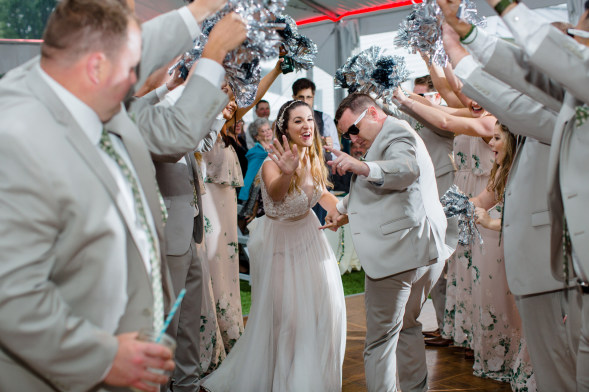 Too Hot to Stop

Battle without Honor or Humanity

All I Do Is Win INTRO EDIT

Let's Get It Started INTRO EDIT

Night of My Life INTRO EDIT

Save a Horse (Ride a Cowboy) INTRO EDIT

Eye of the Tiger INTRO EDIT

Shipping Up to Boston INTRO EDIT

Give Me Everything INTRO EDIT

Country Girl (Shake it for Me) INTRO EDIT

Jump On It INTRO EDIT